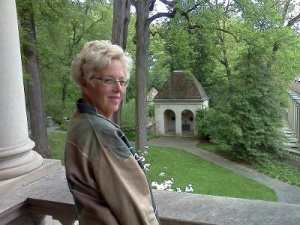 I began with a Saint Bernard in 1969. My first match led to my first BOB Trophy and the end of my normal life.

The Saints were awfully big, so I went to Great Pyrenees (not a real drop in size). At the Kennel Club of Beverly Hills in 1976 I saw my first Soft Coated Wheaten Terrier anti was love at first sight. My first Wheaten,  AM/BAH/CAN CH LEGENDARY BABE IN TOYLAND was a good start and then I bought  AM/CAN/BAH CH GLEANNGAY HOLLY BERRY ROM.  She became a wonderful producer of  AM/CAN CH BANTRY BAY GLEANNGAY KASHMIR ROM (a BIS winner), CH BANTRY BAY KAIRO ROM (U.S. National Specialty winner),  CH BANTRY BAY KISMET (Canadian National Specialty winner), and numerous other specialty and group winners. Most of these were owner handled.

Roger and I lost our last Wheaten, Riviera, about five years ago. We now have a standard Dachshund and several cats.

I began judging in about 1996 with just Wheatens. I now have the Terrier, Working and Hound Group, Sporting Group, Juniors and Best In Show. I have judged numerous nationals and specialties and have judged in Australia, New Zealand, China, Canada, Mexico Italy and Argentina.

I was honored to judge the Wheaten National Specialty shows in 2007 and 2015. Judging your own National is an honor above all. Thank you for this and keep your fingers crossed for a delightful fall Sunday in October. 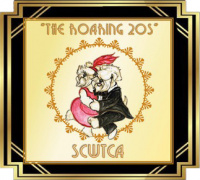 If you have questions about SCWTCA’s National Specialty, contact our Specialty Chairs: