Since the late 1980’s, SCWTCA has supported research into many health conditions affecting our breed as well as research into conditions impacting many other breeds.  Wheaten breeders and owners have also contributed untold time and resources to these projects, and our breed is better today for their efforts. 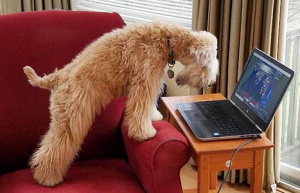 In 2001, we established the SCWTCA Endowment as a 501(c)(3) organization to raise funds and provide grants.   As part of its mission, the Endowment established a Wheaten Health Database to collect information on Wheatens in all countries to be a resource for future research.

To learn more about the Endowment or to make a tax-deductible contribution, visit SCWTCA Endowment.

With great excitement, the SCWTCA Health Committee announced three new health projects with the University of Pennsylvania Veterinary School, under the development and guidance of Paula Henthorn, Ph.D.

A research project funded through the American Kennel Club Canine Health Foundation is studying the impact of bacterial genus Bartonella on hemangiosarcoma.  Hemangiosarcoma, a cancer most often found in the spleen and heart, is found in many breeds, including Wheatens, and generally has a poor prognosis.  For more information on this study, visit the AKC-CHF grant page.

A research project funded through the American Kennel Club Canine Health Foundation is defining the effect of genotype, breed and age on the risk of developing canine degenerative myelopathy and investigating the molecular mechanisms underlying that risk.  Degenerative myelopathy (DM) is a progressive and inevitably fatal neurological disease affecting members of different dog breeds and mixes.  It is an inherited disease with the risk for developing the disease increasing with age.  For more information on this study, visit the AKC-CHF grant page. 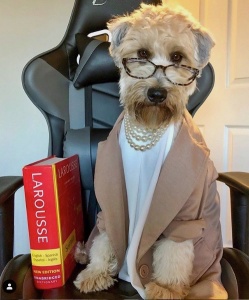 The Colony Dogs were part of a research project at North Carolina State University  to learn more about the inheritance of PLN and PLE and how the diseases progress.
Learn more »

Supported by many breeds and individuals, this project researched the duration of immunity of the rabies vaccine.